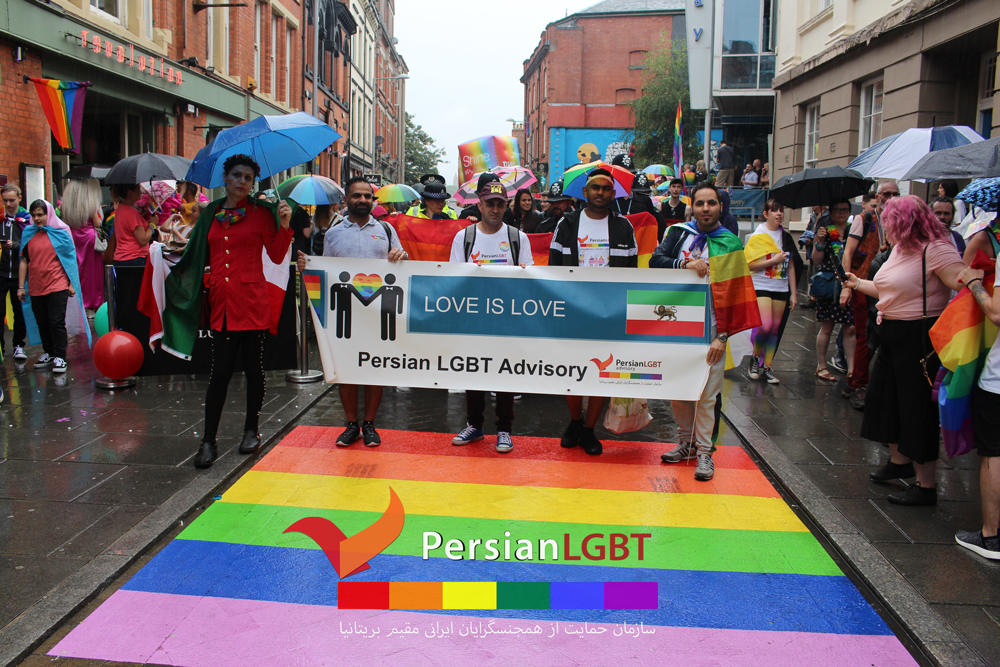 Persian LGBT Organisation held its Asylum Seekers and Refugees 2019 Pride in Nottingham on Saturday 27th July.
This was an opportunity for our Asylum seekers and Refuges members with different background and nationality and ethnicity such as Kurdish, Azari, Bangladeshi, Arab to meet other colourful, diversity organisations along the pride parade. Persian LGBT organisation made its networking and word of equality and diversity across the city by its visibility to the rest of the parade for this year. We thank all those assisted Our Asylum Seekers parade pride for this year there in Nottingham, especial thanks to Parade Pride organisers and members that supported us all along the parade. We are one and Unity it’s our strength.